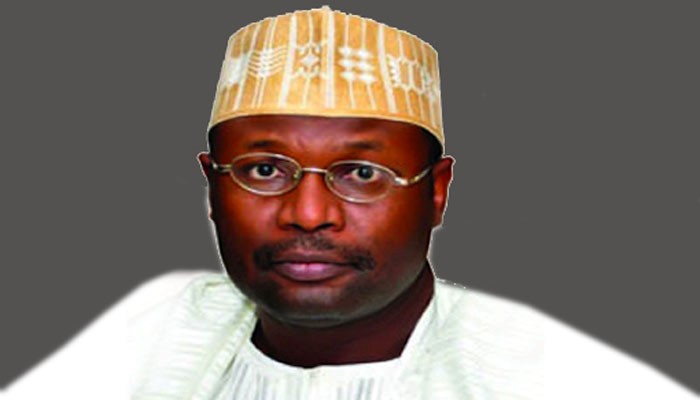 A POLITICAL party can be described as a political organization by politicians, who seek to influence government policy or the exercise of political power, usually by nominating candidates into political offices. The organization often espouses an ideology or vision through its manifesto with specific goals and in some cases works in a coalition of disparate interests.

While there are different forms of political parties such as the single dominant party, two-party and multi-party systems, there are also several hues of politicians as there are political environment and circumstances.

But with the gale of defections or “carpet crossing” by politicians from one party to the other in Africa, it is doubtful if many political parties on the continent fit the above definition.

America’s 34th President Dwight David “Ike” Eisenhower, a five-star general-turned politician, was among those who thought that: “If a political party does not have its foundation in the determination to advance a cause that is right and that is moral, then it is not a political party; it is merely a conspiracy to seize power.”

Many critics are so dismissive of politics they consider it “a dirty game,” but a more dispassionate analysis would identify the real problem as politicians themselves.

For his part, Eisenhower’s predecessor, John Adams, America’s second President, lamented: “There is nothing which I dread so much as a division of the republic into two great parties, each arranged under its leader, and concerting measures in opposition to each other. This, in my humble apprehension, is to be dreaded as the greatest political evil under our Constitution.”

However, the opposition which President Adams complained about is not limited to inter party squabbles. Intra-party conflicts or the lack of internal democracy is among the most insidious malaise that poses the greatest threat to electoral processes and the consolidation of democracy in Africa.

Experience in the past decade with the poor quality of elections and even claim of democratic recession, make elections a major source of political violence/conflicts in Africa, with inter party and intra-party disputes constituting triggers and drivers of political instability, disruptions to electoral processes and the entrenchment of democracy on the continent.

Nigeria is no exception and could be used as a case study on this troubling trend given its position as Africa’s most populous nation with an estimated 200 million people including more than 84 million registered voters as of 2019. The figure of registered voters in the country is expected to hit 100 million at the end of the on-going Continuous Registration exercise, which will be more than the combined populations of several countries on the continent.

From its independence in 1960, Nigeria started with a multiparty parliamentary system of government, and then experimented with the two-party executive presidential system during the failed third republic, before reverting to a multi-party system from 1999 marking the return to civilian government after prolonged military rule.

In Africa, including during the era of one-party system of government, political parties and voting patterns usually follow ethnic or tribal lines. In many cases, opposition parties and politicians are only so in name. There is little or no difference in principle or ideology. A popular joke is that opposition politicians oppose the government in front of the cameras during the day, but fraternize with the ruling party politicians at night!

And despite attempts at deepening political pluralism, politics remains a “do or die” affair in Africa, underpinned by personal gains/interests of politicians. Increasingly, the politicians’ greed and selfishness coupled with dangerous inordinate ambitions and desperation blind and overshadow their sense of reasoning and service. For many of such politicians, politics is a means for self-enrichment and personal-aggrandizement.

But since election is a process covering an electoral cycle of pre, during and post-election period, the flaws in the electoral process including electoral violence could begin at any stage of the process and not necessarily on the Election Day.

In Nigeria, as elsewhere, the political parties’ lack of internal democracy has become a major source of electoral disputes resulting in many court cases, and needless distractions of the activities of the electoral umpire during the electoral process.

Official records from the Independent Electoral Commission (INEC), Nigeria, show that the Commission was saddled with more than 800 court cases emanating from the primaries of political parties alone before the 2019 general elections.

Apart from the over-heating of the polity and the dissipation of time, energy and resources on the battery of litigation, another damaging consequence of this phenomenon in Nigeria and other parts of Africa is the outsourcing of electoral outcomes to the judiciary, which has not done itself much favour going by the inconsistencies in many election-related court decisions.

A candidate or political party that fancies their chance in the court room rather than with the ballot box can commit electoral frauds and simply tell their opponents to go to court, knowing that they could “buy” legal victory/decision.

No Nigerian political party is spared the effects of this bug, going by the ever-growing number of flawed primaries. In the 2019 elections, this led to the disqualification of the ruling APC’s governorship candidates in the northern State of Zamfara and the southern State of Rivers.

And only recently in the south-eastern State of Anambra, all three major political parties – the APC, PDP and APGA (the ruling party in the State), all had intra-party issues that generated factions during their primaries ahead of the gubernatorial vote coming up in July 2021.

Since it is said that “you cannot give what you do not have,” how can a political party which cannot successfully organize internal primaries deliver a credible election or democracy to a country?

No wonder the INEC Chairman Prof Mahmood Yakubu, an honorary President of the ECOWAS Network of Electoral Commissions (ECONEC), has been relentless in reminding political parties of their duties and obligations in conducting primaries with integrity.

“The Commission is not happy that candidates for elections are now being determined through litigation long after elections have been concluded and winners declared by INEC,” he told party leaders at a recent meeting in Abuja.

“The problem lies squarely with the conduct of party primaries and nomination of candidates by some political parties. We urge you to hold yourselves to the same high standard of free, fair and credible elections that you hold INEC in all elections,” the INEC Chief stressed.

Continuing: “You must ensure strict compliance with your party Constitutions, the law and the Commission’s regulations and guidelines on party primaries in particular and the management of party affairs in general,” Yakubu noted: “After all, Nigerians only exercise their democratic right to elect leaders from the candidates presented by political parties. We will do our part to ensure that our elections continue to improve,” he assured.

Part of the problem is that despite several reminders by the electoral umpire, on the imperative of complying with the provisions of the law and the regulations governing the conduct of party primaries and nomination of candidates, politicians and their political parties still delay their statutory activities until the eleventh hour or observe the relevant laws in the breach. But when the process goes wrong, they conveniently turn round to blame the electoral umpires.

INEC’s efforts to sanitize Nigeria’s electoral ecosystem include the reduction of political parties from 92 to 18, but this has not gone without legal challenges.

Meanwhile, the country’s much-awaited Electoral Reform Bill is still pending before the National Assembly, ahead of the crucial national elections in 2023.  Under the protocol of the regional bloc, ECOWAS, no electoral reforms are permitted six months before a scheduled national election.

So, there is still the ample time for stakeholders, particularly non-state actors and civil society organizations to mobilize forces to strengthen the internal political party democracy, including curbing the unconscionable defections by politicians from one political party to another without consideration for the sensibilities of the electorate.

It is also urgent that the proposed electoral reform bill addresses the prompt prosecution of electoral offences such as thuggery, arson/vandalism, vote-buying and vote-selling. But a lot depends on the political will and commitment of the legislature and the executive arms of government.

Given their critical and indispensable roles in the success or failure of the electoral process, politicians and political parties must be held to the highest international standards of conduct.

Elections and political parties are fundamental to modern democratic governance and according to Prof Yakubu: “Electing good leaders begins with the quality of primaries conducted by political parties.”

*Paul Ejime, an Author and former Diplomatic/War Correspondent, is a Consultant on Communications, Media, Elections and International Affairs.