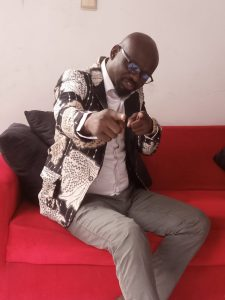 MR James Expensive, a presenter with the Wazobia FM, Lagos and Abuja, has been nominated alongside with others to receive the sixth edition of the youth achievers awards.

This is made known in a statement signed by Mr Paul Okah, the Chief Executive Officer (CEO) of Glonat News online and Media services, in Abuja on Wednesday.

Okah disclosed that the organizers of the Nigerian youth achievers award nominated expensive following his impact on humanity.

He said that the event would take place at the Prestigious Oriental Hotel, Victoria Island, Lagos on Sunday January 29.

He added that Expensive had distinguished himself in his career and had recently been inducted as member of society of broadcasters.

According to him, Expensive, who is the convener of Help One Foundation and member of Poverty Fighters Squad in Africa and Diaspora, will be awarded Global Youth Ambassador of the year.

“Expensive who is also the presenter of a new programme, I Must Make Am, on 95.1 Wazobia FM, Lagos, along with Dr Edward Olutoke, to help the poor, is known for supporting and teaching the poor on how to overcome poverty, ” it stated.

He also disclosed that Expensive is a member of the Performing Musicians Association of Nigeria (PMAN), with his latest Album coming soon “You Go Waka”.

According to him, the organizers of the Nigerian Youth Achievers Award have made all necessary plans to honor Nigerian Youths that have distinguished themselves in diverse fields of life for the past year.

He quoted the programme/director of the event, Amb. Abraham Lawal, as revealing that the theme for this year’s edition is “The power of youth in leadership”.

Lawal said  hat this year would mark the sixth edition of one of the most recognized, prolific, consistent, and outstanding youths’ awards in Nigeria.

Lawal express optimistic in the statement that the event will be greatly successful and he is looking forward to receiving all awardees come Sunday, January 29 by 4 pm.

Okah also disclosed that Dr. Hillary Emoh will serve as the Keynote Speaker, while Amb. Samuel Ojong will also be serving as the Guest Speaker.

He also disclosed that the event would be hosted by Mc, Fatty Joe, while the Butterfly of Lagos will serves as the Co-host.

Mrs. Opeyemi Gandu, as Best Skincare Brand of the year, among others. (NAN)