Ukwuoma said this in an interview with News Agency of Nigeria (NAN) in Abuja on Tuesday.

The 27-member committee was inaugurated by the Minister of Science and Technology, Dr Ogbonnaya Onu in September.

Ukwuoma noted that Nigeria did not perform well in the indicators used in the 2019 Global Innovation ranking.

The chairman, however, said that Nigeria was ranked low because of lack of authentic databank; a development he said necessitated the inauguration of the committee.

“The data put for Nigeria is not authentic data in the 2019 ranking.

“Also, we don’t have good input in terms of skills, intellectual capacity; we will not be able to produce intellectual property.

“The one we do not measure is intellectual capital, the engine room of research,’’ he said.

Ukwuoma, who is also the Director-General, National Centre for Technology Management (NACETEM), said the committee would come up with the national databank that would help improve Nigeria’s ranking in STI.

He said that NACETEM was working on STI indicator survey, adding that the data would be used for the national database.

“It is a research that we are carrying out yearly.

“We are doing it in collaboration with African Union. We rely on the data we receive from the Union, and data on other agencies.’’

According to him, the committee will help to harmonise pocket of data in different Ministries Department Agencies (MDAs).

NAN reports that the Terms of Reference (ToRS) of the committee will be to study and review the already developed concept note on establishment of Science and Technology databank.

The ToRs also includes developing a framework for harmonisation of the ministry’s agencies activities and databases and draw out implementation strategy and plan for the establishment of the National STI databank. (NAN) 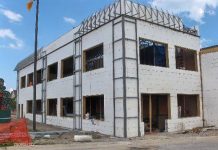