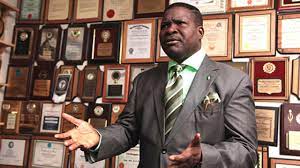 LAST week, I explored the above topic. I recalled my earlier writes-up advising Buhari on how he would re-engineer and re-invent the bent wheels of the Nigerian Nation.

The present write-up is a mere rehash of reminiscences of what I had written and predicted as far back as 19th July, 2015, just only after 50 days of Buhari’s tenure! Nigerians had expected PMB to hit the ground running.

They wanted him to be, not just a mere magician in the mould of Professor Peller, but also a miracle worker in the mould of Chris Oyakhilomen, all rolled into one. The stakes were very high based on Buhari and APC’s promises during the campaigns.

They are higher today after his unexpected disastrous performance (see: https://thestreetjournal.org/is-president-buhari-overwhelmed-by-serious-issues-of-governance-by-chief-mike-ozekhome-san/ ). Now, continue reading what I wrote as far back as 29th July, 2015:

“However, barely 50 days into PMB’s administration, Nigerians (read the print and social media, watch TV analysis and columnists’ opinions), are beginning to ask many questions.

Were their hopes misplaced? Were they hallucinating? Are they in a state of somnambulism, or having feverish nightmares? Reasons? They cannot see signs of the promised “change”.

Nigerians are not the most patient people on earth. They love quick-fix-it attack on issues, with “immediate effect and automatic alacrity”. Nigerians cuddle panache, glamour, colour, razzmatazz, and the fanciful.

“They even love the drama of actions, even if merely playing to the gallery. They yearn for populist actions, the type of IBB when he rejected the IMF, even though he later forced down their unwilling throats, the bitter pill of structural adjustment programme (SAP). Nigerians are seeing an anti-climax. And they are surprised and deflated. Was this the change they voted for? They are wondering!

“PMB’s MANY MISSTEPS, THE FAUX PAS

“When he took the oath of office on 29th May, 2015, PMB made one of the most memorable quotes of the century of “I belong to everybody and I belong to no one”. Some placed it in the pantheon of Murtala Mohammed’s great speech, “Africa has come of Age”, delivered on 11th January, 1976, at the OAU extraordinary meeting, warning the West, including America’s Gerald Ford, to keep off the internal affairs of Africa, while castigating the evils of apartheid.

“After this great outing, most Nigerians expected a national broadcast as to the thrust and policy direction of his government. None came. None has come till date. Only haphazard, piecemeal, fire brigade statements on sundry issues, at sundry occasions. No rhythm, no rhyme, no clear message. PMB, are you hearing me Sir?

“THE FIRST APPOINTMENTS – A MISSTEP

Many Nigerians wondered why the duplication, for any of both gentlemen were eminently qualified to serve as his spokes-person, Shehu having also been a past president of NGE.

“Where was the cut in government spending?”, they wondered. Nigerians queried why, at least, there was no pretence at making Garba an SSA on Communications and Strategy. Just something different.

Why regurgitate PDP and GEJ’s Ruben Abati, Doyin Okupe and Ahmed Gulak? Where was the change, with both spokespersons already publicly contradicting each other?

“If Nigerians were taken aback by the disingenuousness in the appointment of Adesina and Shehu, they were shocked to their bones and marrows with the next seven appointments made, all from the Northern geopolitical zones of the country. Wait for it…

“Thus, of nine appointments so far made by PMB, eight are from the Northern parts of the country, leaving the entire Southern parts with only Femi Adesina (South West). Many are wondering whether this is a carefully crafted odeon of Northernisation of the Government of the Federation. Nigerians are aghast.

“Section 147 of the 1999 Constitution provides for the appointment of Ministers by the President, subject to confirmation by the Senate. The word “shall” which enjoins a mandate, is carefully and advisedly used by the makers of the Constitution. There shall be at least one Minister from each of the 36 states of Nigeria, with one from the Federal Capital Territory of Abuja.

“The Ministers are to help the President discharge the duties of his office effectively. It is said that even God himself, as Almighty, Omniscient and Omnipresent as He is, still requires the assistance of Angels and Saints.

Not so for PMB. Well over one and a half months after his appointment and well over three months after he became aware he had been elected President of Nigeria when GEJ conceded defeat and congratulated him, PMB is still without Ministers, operating alone, like a lone ranger, in the mould of a Military dictator. His slow, nay sluggish pace, has become worrisome to most Nigerians.

“Commenting on his lack lustre performance within the first 30 days in office, especially on the non-appointment of Ministers, an economist, at Capital Economics, London, Mr John Ashbourne said:

“Every week that Nigeria goes without a Cabinet increases the chance that it will face a dangerous shock – whether a revenue collapse or a currency crisis…leaving the Federation without a Finance Minister would be a questionable choice at the best of times; doing so during a period of economic instability is difficult to explain.”

“Nigeria Labour Congress President, Comrade Ayuba Wabba, who admitted that 30 days was too short to assess PMB’s performance, had however, declared that Buhari was yet to face the realities on the ground. He argued that the slow pace of the administration (one month after being declared the winner of the Presidential election on March 28), was a pointer to the fact that the President was yet to acquaint himself with the situation on the ground.

“A RETURN OF THE OLD ORDER

“As captured by Vanguard Online of June 22, 2015, in an article written by veteran Eric Teniola, a former Director in the Presidency, he graphically captured the return to the old order of lone ranging, thus:

“FROM January 15, 1966 till June 3, 1967, Nigeria had no Ministers. That is a period of over fifteen months. The two military rulers who ruled during that period——Major General Johnson Thomas Umanakwe AguiyiIronsi (1924-1966) and General Yakubu Dan-Yuma Gowon (80) constituted permanent secretaries as members of the Federal Executives Councils.

“There was also the all-powerful Chief Francis Nwokedi, who was Permanent Secretary, Special Duties and of course, Chief Pius Okigbo. Mr. S.O. Wey was in all but name the Secretary to the government.

“Even then General Gowon did not make them members of the supreme military council yet he allowed the Permanent Secretaries to attend the meetings of the Supreme Military Council as observers. Worse still, Ministers could not pass memo directly to General Gowon. This arrangement created problems between his Ministers and his Permanent Secretaries till he was removed on July 29, 1975.

“Now forty –years after, the same scenario is being played.

“The recent appointment of Alhaji Ahmed Joda as Chairman of transition committee and the submission of his 800-page report to President Muhammadu Buhari is to emphasise that retired and serving civil servants will play key roles in the regime of President Muhammadu Buhari. Even though he is now a turned democrat, the military blood in the President is still alive. I am of the view that the Military trusts the civil servants more than the politicians and the civil servants in turn trust the Military than the politicians. The role to be played by the retired civil servants will become clearer in the months ahead. Let us keep our fingers crossed”.

“I cannot agree more with this intellectual analysis of the challenge at hand. It is a clear and present danger. PMB needs to act swiftly. Very swiftly. (To be continued).

“A self-fulfilling prophecy is an assumption or prediction that, purely as a result of having been made, cause the expected or predicted event to occur and thus confirms its own ‘accuracy.’” (Paul Watzlawick)