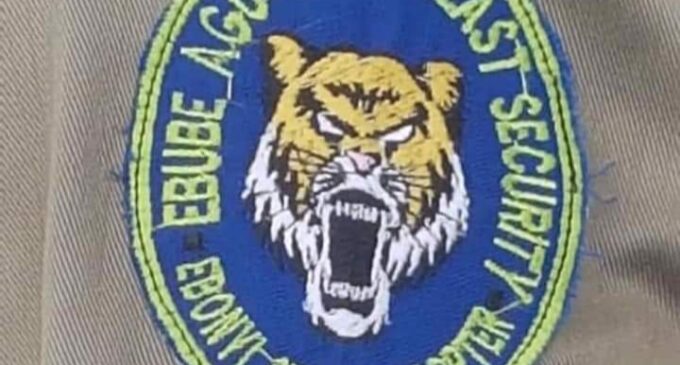 APART from the recent story of the burning to death of an Igbo Catholic priest, Reverend Father, Isaac Achi of Saint Peter and Paul Catholic Church, in the Kafin Koro Community in Paikoro Local Government Area of Niger State by Fulani herdsmen terrorists, it has been long we heard about such attacks in the North. Even the news of the dreaded Boko haram terrorists has also died down. The question is, what happened?

In the South East, the media has been trumping up news of insecurity. Without visiting the communities infested by artificial insecurity, news agencies make their reports. All they do is report according to what the Police PRO wrote and sent to them. But I am not here today to talk about the atrocities of the conventional media and how they prepare the ground for the slaughtering of innocent indigenous people.

I don’t know how many of us have asked where and how the South East governors recruited Ebubeagu mercenaries. Ebubeagu members were supposed to come out from the Igbo people. They are supposed to be youths from the region. Just like the Yoruba Amotekun. They were taken out of the Yoruba land. But in Igbo land the case is different. South-East governors recruited mercenaries against their people.

The Ebubeagu you see today are made up of little remnants of Igbo people and majorly from the North and others recruited by Asari. Most of the terrorists terrorizing the North are presently in the East masquerading as Ebubeagu mercenaries. Asari’s men come into Igbo land as Ebubeagu. He has repeatedly boasted about how he will deal with IPOB. He strongly believes that his men under the payroll of the governors will do it for him.

The reason you should not doubt that foreign mercenaries are part of Ebubeagu is very clear even to the blind. Looking at the barbarity of this Ebubeagu you will know that they are doing something Igbo people can’t do. Life is sacred to every Igbo man, but members of Ebubeagu went to a traditional marriage ground and gunned down 14 youths that were about to leave the venue. It was horrific. We know how every Igbo man reverences traditional marriage. It is one of the traditions of Igbo people that is soaked in Igbo spirituality. But these Ebubeagu mercenaries went there and killed 14 youths.

Former Imo State governor Ikedi Ohakim was attacked and nearly killed. For policemen lost their lives. Ikedi Ohakim will later come out to say that the assassins that wanted to kill him were professional and we know exactly those that can produce such professionals. Ikenga Imo Ugochinyere who happens to be an opposition candidate in Imo state was also attacked. His house burnt including more than 15 cares. Again Sahara Reporters said the attackers are suspected to have come from the government of Imo state. Ikenga Imo has been vocal in exposing the atrocities happening in Imo state. Probably, that’s the reason they want him dead and ended up killing his uncle.

It is time for us to establish a channel through which those that have their loved ones cut down by these barbarians called Ebubeagu can open up and tell in details about what these guys did to them. Victims and survivors as well should be encouraged to tell their stories. The many borrow pits they dug and dumped our people whom they killed should be discovered and the bodies exhumed. The faces behind Ebubeagu should be documented for future reference. They can’t make our people widows, widowers, orphans, and childless and not answer for their crimes in a law court. It doesn’t matter how long it takes.

The governors behind their recruit have blood on their hands. The documentation of the atrocities of Ebubeagu will aid the trial of these governors when the time comes. We should stop seeing these governors as gods. They are no different from any one of us. From Ebonyi down to Imo blood of young Igbo sons has been shade by foreigners all in the name of Ebubeagu.