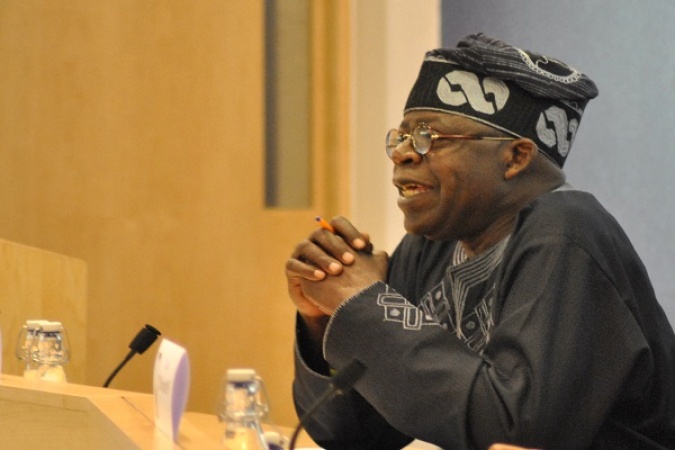 THE increasing number of aspirants seeking the presidential ticket of the All Progressives Congress (APC) is good for democracy, a frontline contender for the sole baton, Asiwaju Bola Tinubu, has said.

He spoke after a visit to President Muhammadu Buhari at his residence in Aso Villa, Abuja on Tuesday night.

Tinubu said the rising number of aspirants would put every all contenders on their toes.

He dismissed fears that having many contenders could trigger a post-primary crisis in the party.

It was learnt that as at yesterday 13 people had obtained APC presidential nomination forms. It is believed that up to 20 may enter the race.

Cleric and founder of Citadel Global Community Church (formerly Latter Rain Assembly) Pastor Tunde Bakare will be at the national secretariat to obtain his forms today.

Minister of Science and Technology, Chief Ogbonnaya Onu is also set to throw his hat into the ring.

There were indications that more aspirants might take advantage of the four-day extension window on the sale of forms to join the race.

The party has extended the deadline from May 6 to May 10.

The former Lagos State Governor said: “The more the merrier. The more they come, the more challenging it becomes for you to think deeply, focus on issues and be ready to serve Nigeria.

“It’s all about service, nothing else. Think wisely, get committed to your thinking to serve the nation and bring progress and prosperity to the lives of Nigerians.

“It’s good for the country for so many of us to aspire to want to lead; we’re not abandoning our nation. But there’s only one chair and one possibility. We will do that.”

Responding to fears being expressed about the unity of the ruling party, the stalwart noted that the APC would remain intact and united after its presidential primary.

He pointed out that President Buhari had shown that he was in support of a transparent democratic process.

“We are sure that we will remain united. You know our symbol is the broom; you don’t break it as you go.

“Nigeria requires commitment, a uniform system and a stable country and that is the only way we can be very proud of Nigeria.

“The President has shown a great example of leadership, gave us the freedom to say you want to run, you want to attempt, go ahead.

“He is a democrat and if we are running a constitutional democracy, you don’t hinder the desire, the wish of other people,” Tinubu said.

He congratulated the President on the successful Eid-el-Fitr celebrations and lauded his genuine efforts at confronting the challenges bedevilling the country.

“The President has shown a great example of leadership. He’s been very honest and forthright with Nigerians.

“Yes, we’ll continue to be challenged within this short period, but it’s left for us, the followers, to help, to be ready, to persevere and give hope to the populace and yes, we can do it. We will do it,” he said.

Also yesterday, the Peoples Democratic Party (PDP) shut the door against two of its presidential aspirants – Dr. Nwachukwu Anakwenze and Chief Cosmos Ndukwe – from participating in the party’s presidential primary scheduled for May 28 and 29.