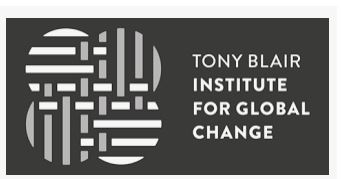 THE Tony Blair Institute (TBI) has appointed Frank Matsaert as the Director of Trade and Infrastructure for Africa.

A statement by David Mills, the institute’s, Head of Media Relations in Abuja on Wednesday, said Matsaert would assume the post from Dec. 1.

The statement said Matsaert was the founder and Chief Executive Officer of TradeMark East Africa (TMEA) from 2010 to August 2022.

It said that Matsaert grew the programme from 60 million dollars to a cumulative budget of 1.3 billion dollars across 15 African countries.

The statement said Matsaert would work with Guy Baron, TBI’s Investment Director to grow trade and investment by scaling-up trade

It quoted Matsaert as saying “I am delighted to be joining the institute as the new Trade and Infrastructure Director”.

”Our aim is to grow investment and trade across Africa by investing in trade systems with partners as governments, regional bodies and the private sector.

“Our priorities will be to build on the Institute’s strong reputation for delivery at the heart of government on trade, and to attract investment in key trade infrastructure,” he said.

TBI is a not-for-profit organisation which equips political leaders

and governments with the tools needed to create open, inclusive and prosperous societies.

It works with governments and leaders across the world, including in 17  countries in Africa.(NAN)