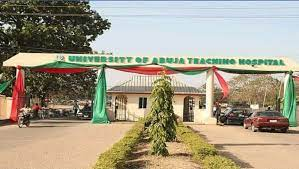 THE University of Abuja Teaching Hospital (UATH), Gwagwalada, FCT, has called for the provision of adequate maternity centres and recruitment of nurses to help reduce maternal mortality in the country.

The Deputy Chairman, Medical Advisory Committee (DCMAC) of the hospital, Prof. Aliyu Isa, made the call in an interview with the News Agency of Nigeria (NAN) on Wednesday in Gwagwalada.

Isa, who is also an obstetrician, said the available facility in the hospital caters for all the General hospitals in FCT, as well as Federal Medical Centres in neighbouring states of Kogi, Niger and Nasarawa.

According to him, a modern maternity and child complex, was recently donated by the Nigeria Liquefied Natural Gas (NLNG), hence, the need for additional facilities was paramount.

“The old section has an upstairs, downstairs is for all gynaecology patients those that are not pregnant or the pregnancy has not gone beyond six months, while the first floor is for all pregnant women.

“So even with this structure, it has not solved the problem, but I think by the time we have 3 to 4 of this project we may be near solving the problem, because of the volume of people coming to us for antenatal care and delivery services.

He explained that mothers need to be able to access quality health services rendered by health professionals during all the stages involved in motherhood.

NAN reports that latest statistics released by the World Health Organisation (WHO) revealed that Nigeria accounts for over 34 per cent of global maternal deaths.

While deaths during pregnancy, childbirth, postpartum, or after an abortion for a Nigerian woman is one in 22, compared to one in 4900 in developed countries.

This shows that maternal mortality is quite high in the country and some major causes of death cited include, high blood pressure during pregnancy, severe bleeding after childbirth, and complications from delivery.

Others are infections following childbirth, as well as other indirect causes like malaria, heart disease and anaemia, all of which can be prevented or treated with proper medical care. (NAN)