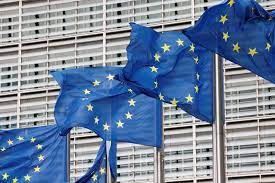 Governments needed to explain to taxpayers why they continued giving money to a country that discriminated against women to this extent, Mohammed told reporters in Brussels on Tuesday.

The unpleasant truth, however, was that women and children in Afghanistan would die without help from abroad, she added.

Outlining the need for humanitarian aid, Mohammed said that Afghanistan was seeing temperatures of -30 degrees Celsius, and some people didn’t have enough to eat.

The goal of the international community must be to pressure the militant Islamist Taliban in other areas to reverse discriminatory decisions against women or at least to make more exceptions.

She cited employment and training bans for women, which also affect female employees of aid organisations.

Since the Taliban returned to power in August 2021, Afghanistan has become the only country that deprives women of education.

The Taliban cited what it claimed were violations of its strict rules, including its dress code, in banning women from universities.

EU member states are currently mulling whether continuing humanitarian aid for Afghanistan is still feasible under these circumstances.

German Foreign Minister Annalena Baerbock on Monday touted a tough stance during a meeting with her EU counterparts in Brussels.

“If women can no longer work for international organisations, then the aid will no longer reach them.

“And we as the international community cannot become the Taliban’s stooge with regard to the ban on women working,’’ she said. (dpa/NAN)