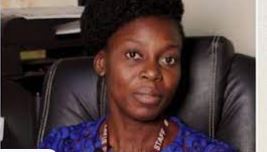 THE Governing Council of the University of Lagos has appointed  Mrs Oluwafunmilola Adekunle as the new bursar of the institution.

This is contained in a statement by Mrs Adejoke Alaga,  Principal Assistant Registrar, Communication Unit of the institution and issued to newsmen on Thursday night.

The council approved the appointment at its meeting on Thursday.

The statement noted that Mrs Adekunle’s tenure was for a period of five years, with effect from Thursday, Nov. 3.

“Mrs Adekunle until her appointment was Deputy Bursar, Treasury,.

“She joined the service of the university in 2005.

“She holds a Bachelor and Master’s degrees in Accounting from UNILAG and is a fellow of the Institute  of Chartered Accountants of Nigeria (ICAN),” it stated

The statement said that Adekunle was to takeover from the current Bursar, Dr Lekan Lawal, whose tenure would come to an end on Wednesday, Nov. 2. (NAN)