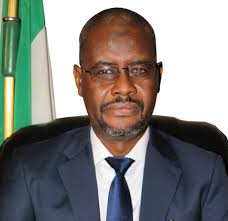 THE National Agency for the Control of AIDS (NACA) on Friday cautioned young people to avoid risky sexual behavior while celebrating Valentine’s Day.

He expressed concern over the degree of unprotected sexual activities made out of impulsive decisions by younger adults.

“Many Impulsive decisions are made in the heat of moments such as unprotected sex which often leads to unwanted pregnancies and increased risk of acquiring sexually transmitted infections including HIV/AIDS,” he said.

The director-general, who decried the risk associated with having multiple sexual partners, said it was capable of increasing vulnerability to HIV among the youth population.

Aliyu said: “according to UN Joint Programme on AIDS (UNAIDS), the difference in HIV prevalence between women and men is greatest among younger adults.”

He added: “with young women, aged 20 to 24 years, more than three times are likely to be living with HIV as young men in the same age group.”

Aliyu also explained that HIV prevalence among children of 0 to 14 years is 0.2 percent.

He reassured of the commitment of NACA to achieving HIV-free Nigeria as a demonstration of the government’s love for fellow Nigerians.

The director-general however said that his agency was working in tandem with its goal of scaling up community efforts to provide national access to prevention,  treatment, care, and support services. (NAN)

Group calls for investment in women and youth

Group calls for investment in women and youth