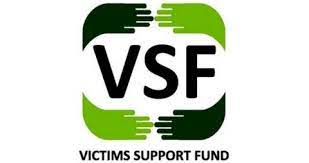 The Chairperson, Emergency Support Programme of VSF, Mrs Toyosi Akerele-Ogunsiji, delivered the ambulance to the centre on behalf of its Chairman, retired Gen. Theophilus Danjuma.

Akerele-Ogunsiji said the ambulance was donated to the health facility to reduce the challenge of running around in search of ambulances during emergencies.

She said it would be used specifically for pregnant women during labour, children and the aged, adding that it could be of service to other health facilities in Oju and its environs too.

She said that VSF had also concluded arrangements to empower the Internally Displaced Persons (IDPs) in the seven LGAs of its intervention in the state to enable them to become self-reliant.

Akerele-Ogunsiji: “We are going to trai them in tailoring and garri processing among others, while they will also be given start up packs and seed money.

“We will strictly monitor them for six months to ensure that they make judicious use of the skills they acquired and the funds disbursed to them.

“The cash will go to them directly so that those who want to do petty trading can venture into it.”

Mr Sunday Oyibe, a member of VSF team, urged the centre to take good care of the ambulance, promising that if they do so, more good things will come their way.

Responding, the Officer in Charge of the PHC, Mrs Martha Okpoto, commended VSF for the invaluable gesture.

“We are very happy to have the ambulance, it will aid us to discharge our duties with ease and we will use it judiciously and for the purpose it was donated,” Okpoto said.

Similarly, the Director, Oju Health Authority, Mr Emmanuel Ube, commended VSF, saying, ”only God will reward the fund for what it had done for Oju people.”

Ube also appealed for the extension of the support to other wards in Oju LGA, adding, ”they are also passing through a lot towards accessing healthcare.” (NAN)