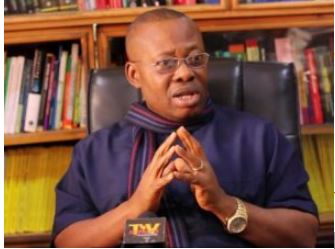 MONDAY Ubani, a lawyer: “I expect the newly re-elected government to tackle the poor economy of the nation, make provision for constant electricity and do much work more on unemployment; and of course restructuring of the country. These are major issues they need to deal with.”

Isibor Ebeigbe, a lecturer: “I think what we need from this government are results that clearly show we are making good progress as a nation. The average man on the street expects that the government’s policies and programme are tailored in such a way that they have meaningful impact on them.”

Ezaena Owhiri, an engineer with an oil company: “What we want from Buhari is a clear roadmap with definiteness of purpose, a non-padded budget with a focus on infrastructure and education. 100% budget implementation and strengthening of the rule of law in our nation. I want to see an increased ease of doing business in the country, a civil service which will be accountable where people actually do their jobs like we have in the private sector and lastly, a return to meritocracy where people who are qualified and deserving get appointments and not just party nominees.  An all Northern affair would not be a good look in this second spell.”

Aminu Musa, an accountant with an auditing firm: “I believe that they will want to see more stride being made in the fight against corruption, we would like an increase in the speed of governance and we will want the government to consolidate of the gains made so far in terms of infrastructural development. There is still so much to be done to bridge the infrastructure gap. Also I would like more coordination between the executive and legislature in the government. Economic policy making should not be reactionary and the government should strive to diversify the economy and reduce our reliance on revenue from oil.”

Isioma Okoh, a senior marketing staff with a beverage company: “All I want is empowerment for youths by creating more leadership roles; restructure the government so the states have more autonomy over their resources; create more jobs and improve infrastructure and power supply.”

Tosin Owadokun, an accounts manager with an insurance company: “I want a true functioning democratic system free from corruption, nepotism, tribalism, godfatherism and quota system; where the best man for job is allowed to do the job with good justice system. (Let’s) change the old archaic constitution. Good roads, quality education system, electricity and job creation should be put in place like the basic amenities that they are.”

Michael Eke, a business man, said: “I feel he hasn’t done anything yet, so all round improvement is needed, social infrastructure, security ‘Boko Haram’, unemployment, inflation ‘price of goods and commodity’. Basic Social amenities, like light, water, fuel, roads, transportation and various other social amenities. As well as increment of youth corps members allowance; teachers should be duly paid and on time, lecturers too.”

Hassan Kuponiyi, a civil servant, said: “I would like him to look into private firm and work on price policy. There should be pike mechanism in the country to avoid the situation where one person would wake up in the morning and decide to inflate whatsoever he/she is selling.”

Purity Ogbu, a student: “Whatever they want they should do, for me the newly re-elected government needs to put more efforts on security, electricity, economy and as well as unemployment. These will make us ‘students’ to study hard and come out with high grades because there will be jobs.”