SAVE the Children International has observed that strengthened efforts at fighting pneumonia can avert more than two million child deaths from pneumonia and other major diseases.

Country Director, Save the Children International Deirdre Keogh said this in a statement in Abuja, making reference to an analysis in a report.

According to him, a new analysis by the Johns Hopkins University indicates that two million children in Nigeria are at risk of death in the next decade unless more is done to fight pneumonia.

Keogh said that malnutrition, air pollution and lack of access to vaccines and antibiotics, were among the drivers of preventable deaths from pneumonia that killed children in Nigeria in 2019.

He said that interventions such as improved nutrition, vaccine coverage or effective breastfeeding rates were key to reducing the risk of children dying from pneumonia.

He also said that such measures would also stop thousands of child deaths from diseases such as diarrhoea, meningitis, measles and malaria.

Pneumonia is caused by bacteria, viruses or fungi and leaves children fighting for breath as their lungs fill with pus and fluid.

He said that the disease was the leading killer of children in Nigeria, causing death for 19 per cent of children less than five years of age.

He, nonetheless, said that most pneumonia deaths could be prevented with vaccines, easily treated with low-cost antibiotics.

He also said that more than 40 per cent of infants in Nigeria was not vaccinated and three in four children suffering from pneumonia symptoms did not get access to treatment.

Keogh quoted Mr Peter Hawkins, UNICEF Nigeria’s Country Representative, as saying “We have a responsibility to do all we can to avert these deaths by pneumonia — deaths that are nearly all preventable.’’

News Agency of Nigeria (NAN) reports that from Jan. 29 to Jan.31, nine leading health and children’s organisations hosted world leaders at the Global Forum on Childhood Pneumonia in Barcelona, the first international conference on childhood pneumonia.

Minister of Health Osagie Emmanuel Ehanire will announce the pneumonia control strategy at the conference alongside Save the Children International. (NAN) 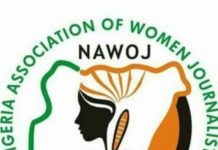