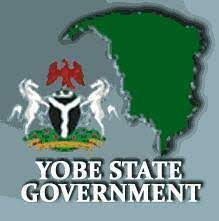 THE Yobe Ministry of Women Affairs said that no fewer than 1,000 women had benefitted from various skills acquisition training it organised in collaboration with development partners.
The development partners include UNFPA, UN WOMEN, National Centre for Women Development (NCWD) and National Directorate for Employment (NDE).

Mr Tonga Betera, Permanent Secretary of the ministry, disclosed this in Damaturu at a ministerial briefing marking Gov Mai Mala-Buni’s two years in office on Tuesday.
He said that the women were trained in business skills, face mask and hand sanitiser production, soap and body lotion making, among others.

Betera said that some of the trainees received cash support of N10,000 each, while others got resettlement tools including sewing machines, power generators and hair dryers.

The permanent secretary said that all the beneficiaries of the training were expected to go back to their respective towns and villages to teach others what they learnt.

He said that a set of over 3,000 women in Damaturu, Potiskum, Nguru and Karasuwa benefitted from food items as ‘palliatives’ during the 2021 Ramadan.

Betera also said another set of 1,780 women were registered under the state’s Goat Breeding Empowerment Scheme, adding that 890 of the women had so far received three goats each.

He announced that the state in collaboration with the Multi-Sectoral Crises and Recovery Programme (MCRP) of the Federal Government would soon establish a Girl Child Training Centre in Damaturu.

He listed other achievements to include renovation and upgrading of Safe Space for women in Damaturu and Kukareta.

He added sponsoring of media programmes on girl child education and tackling gender-based violence.
Betera said that all the achievements were recorded from 2019 to 202.(NAN)