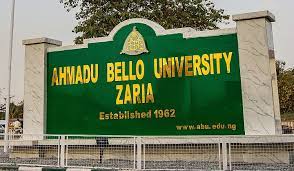 AHMADU Bello University (ABU) Zaria and Nigerian Defence Academy (NDA) have signed a Memorandum of Understanding (MoU) for collaboration on training and research in nuclear science and technology.

Malam Auwalu Umar, Director, Public Affairs Directorate of the University disclosed this in a statement issued on Thursday in Zaria.

The director said the agreement provides that ABU would be organising series of training on nuclear science and technology for cadets and postgraduate students of NDA.

Other areas are, health physics and radiation biophysics, and engineering instrumentation and design.

Umar added that the University will make provision annually for training on radiation and nuclear instrumentation as well as application training for NDA postgraduate students.

“In this regard, Centre for Energy Research and Training, Ahmadu Bello University, Zaria will organise the research activities and training for NDA cadets and postgraduate students.

“While the Nigerian Defence Academy shall, among others, be responsible for facilitation of access to cadets for Cadets’ Industrial Works Experience and postgraduate students for nuclear instrumentation and application training,’’ Umar said.

He said that both the vice-chancellor and commandant pledged to keep to the obligations agreed in the MoU which will be renewed every three years.

Umar said the vice-chancellor described NDA as a long standing friend of ABU, stressing that the pact would further enhance the cordial ties between the two institutions.

In his remarks, the commandant assured that NDA would play its part, adding that keeping the MoU alive would be a “practical demonstration” to that commitment. (NAN)