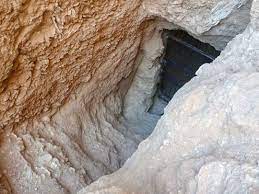 AN ancient royal tomb has been unearthed at the Western Wadis (Valleys) of the Theban Necropolis on the west bank of Nile River in the southern Egyptian city of Luxor, the Egyptian Ministry of Tourism and Antiquities reported on Saturday.

The tomb, unveiled by a joint Egyptian-British archaeological mission, is located in Valley C, one of the Theban mountain valleys, Mostafa Waziri, secretary general of Egypt’s Supreme Council of Antiquities, was quoted as saying in a statement issued by the ministry.

“Preliminary evidence uncovered inside the cemetery so far indicates that it may date back to the Thutmosid period of the 18th Dynasty, which will be verified in the coming period,” Waziri said.

The 18th Dynasty, which ruled Ancient Egypt from 1550 BC to 1292 BC, is also known as the Thutmosid Dynasty.

Mohsen Kamel, director of the Western Wadis archeological site, revealed that the discovered tomb is in a poor state of preservation due to floods that hit the area in ancient times.

He explained that the floods led to covering the tomb’s chambers with thick deposits of sand and limestone, which obliterated many of its features and inscriptions. (Xinhua/NAN)