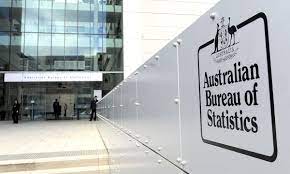 AUSTRALIA’S unemployment rate has risen for the first time in 10 months as more people search for work.

According to labour force data published by the Australian Bureau of Statistics (ABS) on Thursday, the official unemployment rate in August was 3.5 per cent – up from 3.4 per cent in July.

It represents the first month-to-month increase since October 2021.

ABS data showed the economy added 33,000 jobs between July and August but the increase was offset by the participation rate growing from 66.4 to 66.6 per cent.

In order to be counted towards the ABS’s unemployment measure, a person must be actively looking for work.

The participation rate in August was 0.7 per cent higher than before the pandemic.

There were 13.6 million Australians employed in August including 9.5 million on a full-time basis.

The monthly hours worked by Australians increased by 0.8 per cent in August following a similar fall in July due to school holidays and higher coronavirus case numbers.

“COVID-19 and other illness-related worker absences continued to be reflected in hours worked in August.

“The number of people working reduced hours, due to being sick remained elevated in August, at around 760,000 people,” Lauren Ford, head of labour statistics at the ABS, said in a media release.

This doubled the number we typically saw at the end of winter.

The underemployment rate which measures the proportion of those with jobs who want to work more hours fell slightly from 6 to 5.9 per cent. (Xinhua/NAN)