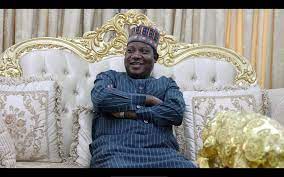 THE Secretary to the Government of the Federation (SGF), Mr Boss Mustapha, has commended Gov. Simon Lalong of Plateau on his peace efforts in the state.

The SGF made the commendation at a dinner organised by Lalong for all the Secretaries to State Government (SSGs) in Nigeria on Wednesday at the Government House, Jos.

“We have definitely perceived and have seen that steps have been taken to ensure that peace and tranquility returns to the Plateau and this is really commendable and shows hope,“ he said.

He expressed confidence that Plateau`s glory would be restored, describing the state as a home to all Nigerians,  especially those from the Middle Belt.

He described the state as politically relevant in the history of Nigeria`s democracy, saying it birthed outstanding leaders such as Chief Solomon Lar, who groomed many leaders who had occupied or are occupying key positions in the country.

“We learnt a lot from him,“ the Mustapha said.

In his remarks, Lalong called for peace and unity in Nigeria where its people are welcomed to reside in any part of the country without any threat to their wellbeing, adding that Plateau is hospitable to visitors.

“ There is nothing you cannot get from Jos, spanning from the best food to the best vegetables.

“ It is an illustration of the beauty of Nigeria so that when we mix up like this, there is no reason to chase anyone away from any state, `he said,

The governor urged organisations to make the state their destination for their annual conferences, retreats or other events, while encouraging them to have properties in the state because of its good weather and exotic food, especially its vegetables.

“Try to get a piece of land here… Make Jos your London and Dubai, “ he said. (NAN)