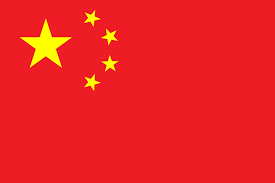 This marked the sound development of the country’s high-speed rail built for the alpine-cold regions, said local railway authorities.

On Aug. 17, 2015, the province’s first high-speed railway, from the provincial capital Harbin to Qiqihar City, was put into operation and became China’s northernmost of its kind in operation.

Currently, the Harbin-Qiqihar railway had the largest number of trains and the highest ridership among Heilongjiang’s high-speed rail lines.

This is according to China Railway Harbin Bureau Group Co., Ltd.

At present, the Harbin-Qiqihar railway could allow trains to run at a top speed of 250 km per hour.

From 5 a.m. to 9 p.m. every day, at least one bullet train is launched between Harbin and Qiqihar every hour.

In 2021, after being integrated into the national railway network, the travel time of bullet trains from Qiqihar to Beijing was shortened from eight and a half hours to about seven hours.

Currently, 14 pairs of multiple-unit trains bound for destinations outside Heilongjiang and 24.5 pairs of trains bound for places inside the province have been launched via the Harbin-Qiqihar railway by the group. (Xinhua/NAN)