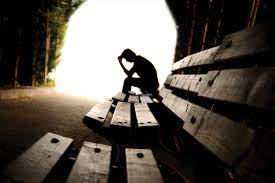 Dr Edak Okwong, a Neuropsychiatrist with the Federal Neuropsychiatric Hospital, Calabar,
has advised adolescents to refrain from harbouring suicidal thoughts and seek professional help when they are depressed.

Okwong made the call in an interview with the News Agency of Nigeria (NAN) on Monday while reacting to the decision of
some young people who took their lives in the past when they faced challenges.

The neuropsychiatrist disclosed that due to family dynamics, some young people face childhood adversities, some are sexually
assaulted, while others have parents who do not care for them.

She said such situation could trigger depression “because the young person feels unloved, that life is meaningless and the best solution is suicide.

“Many young people have been brought to hospital, and after asking questions about their backgrounds, we discovered that many were physically
or sexually assaulted by their parents or close relatives.

“These issues are there but we also have the issue of adolescents and drug use, as many of them want to experiment one risky
behaviour or the other.“As they go deeper in drugs, it is just a matter of time, they will come down with depression
which opens the door to suicidal thoughts.”

Okwong said while she is aware that other issues like unemployment, academic challenges, school stress and peer pressure could cause
depression, suicide is not a solution.

She maintained that although depression is real and a mental health disorder, people should not feel stigmatised but reach-out
for help as it is treatable.

The doctor added that in Nigeria, one out of every five people had experienced depression.

NAN reports that depression is a mood disorder that causes persistent feeling of sadness and loss of interest.

Also called major depressive disorder or clinical depression, it affects how one feels, thinks and behaves and can lead
to a variety of emotional and physical problems, making someone to have trouble doing normal day-to-day activities,
and sometimes feels as if life isn’t worth living.

The symptoms may include feelings of sadness, tearfulness, emptiness or hopelessness, angry outburst, irritability or
frustration, loss of interest or pleasure in most or all normal activities such as sex, hobbies or sports.

Some other symptoms are sleep disturbance, including insomnia or sleeping too much, tiredness and
lack of energy, so even small tasks take extra effort, frequent or recurrent thoughts of death,
suicidal thoughts, suicide attempts or suicide, unexplained physical problems, such as back pain or
headaches.(NAN)