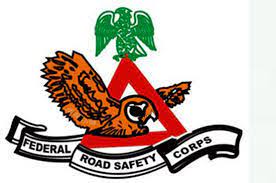 Speaking to newsmen after inaugurating the enforcement exercise, Nadabo said the motorcycles were impounded on Monday, the first day of the enforcement which would be continuous.

He explained that the exercise followed a directive by the Acting Corps Marshal, Mr Dauda Biu.

Biu had instructed all Commands to ensure that all unregistered motorcycles were impounded.

Nadabo said the owners of the motorcycles are required to complete their full registration before they are released.

“Operatives may not issue notice of offence ticket to the operators. All impounded motorbikes must be fully documented,’’ he said.

According to him, ”there is also need for all motorcycles to be duly captured in the National Vehicle Identification Scheme database.

”The directive would help to curb insecurity, if all captured motorcycles are in the national database.”

The sector commander said the command would liaise with the Internal Revenue Board to ensure that the processes are easy and accessible especially in local government areas.

Nadabo added that owners of five of the impounded motorcycles have indicated interest to register and would thereafter collect them.

He said the exercise covers both private and commercial motorcycles owners and urged the public to obtain requisite numbers as it is part of national regulations. (NAN)