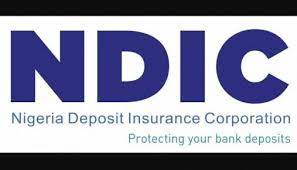 THE Nigeria Deposit Insurance Corporation (NDIC) says it will avail the opportunity of the 20th Anniversary celebration of the International Association of Deposit Insurers (IADI) to deepen its engagement in deposit insurance.

Mr Bello Hassan, the Managing Director/Chief Executive Officer of NDIC, said this in a video via the corporation’s official Twitter handle on Thursday.

Hassan said that the engagement would enhance the effectiveness of deposit insurance systems.

According to him, IADI has recorded notable milestones since inception in 2002 and the NDIC is proud to be associated with these achievements.

”NDIC has been a founding member of IADI as well as the Africa Regional Committee (ARC) of the association.

”IADI member nations across the world are celebrating the great achievements of IADI in enhancing the effectiveness of deposit insurance systems.

”I look forward to deepening our engagement in critical areas about deposit insurance during the forth-coming IADI 20th Anniversary celebration at the ARC Conference and AGM,” he said.

The News Agency of Nigeria (NAN) reports that IADI is a non-profit organisation constituted under Swiss Law and domiciled at the Bank for International Settlements in Basel, Switzerland.

It was formed in May 2002 to enhance the effectiveness of deposit insurance systems by promoting guidance and international cooperation.

Members of IADI conduct research and produce guidance for the benefit of those jurisdictions seeking to establish or improve a deposit insurance system. IADI currently represents 92 deposit insurers. (NAN)