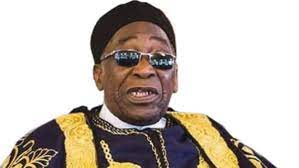 THE Kano state government has acquired the residence of late Dr Yusuf Maitama-Sule, former Nigeria’s Ambassador to the United Nations, for the establishment of a Democratic Centre and Museum.

A statement by the commissioner for Information, Muhammad Garba, on Wednesday in Kano said the action was to promote democracy and good governance in Nigeria.

He said that the construction work had already commenced at the residence and old British Council Library along Emir’s Palace in the ancient city of Kano.

Garba said the project worth over N621million would be in two phases, consisting of a Museum and Main center.

According to him, the state government has embarked on the project in view of the importance of preservation of  treasured culture and history of the people of Kano for future generations, research works and tourism.

Garba, however, said that the center would also provide training, documentation and digitization of the cultural heritage of Kano people.

The commissioner also said that the project would pave way for possible partnership with educational institutions and other organisations within and outside the country for research works.(NAN)