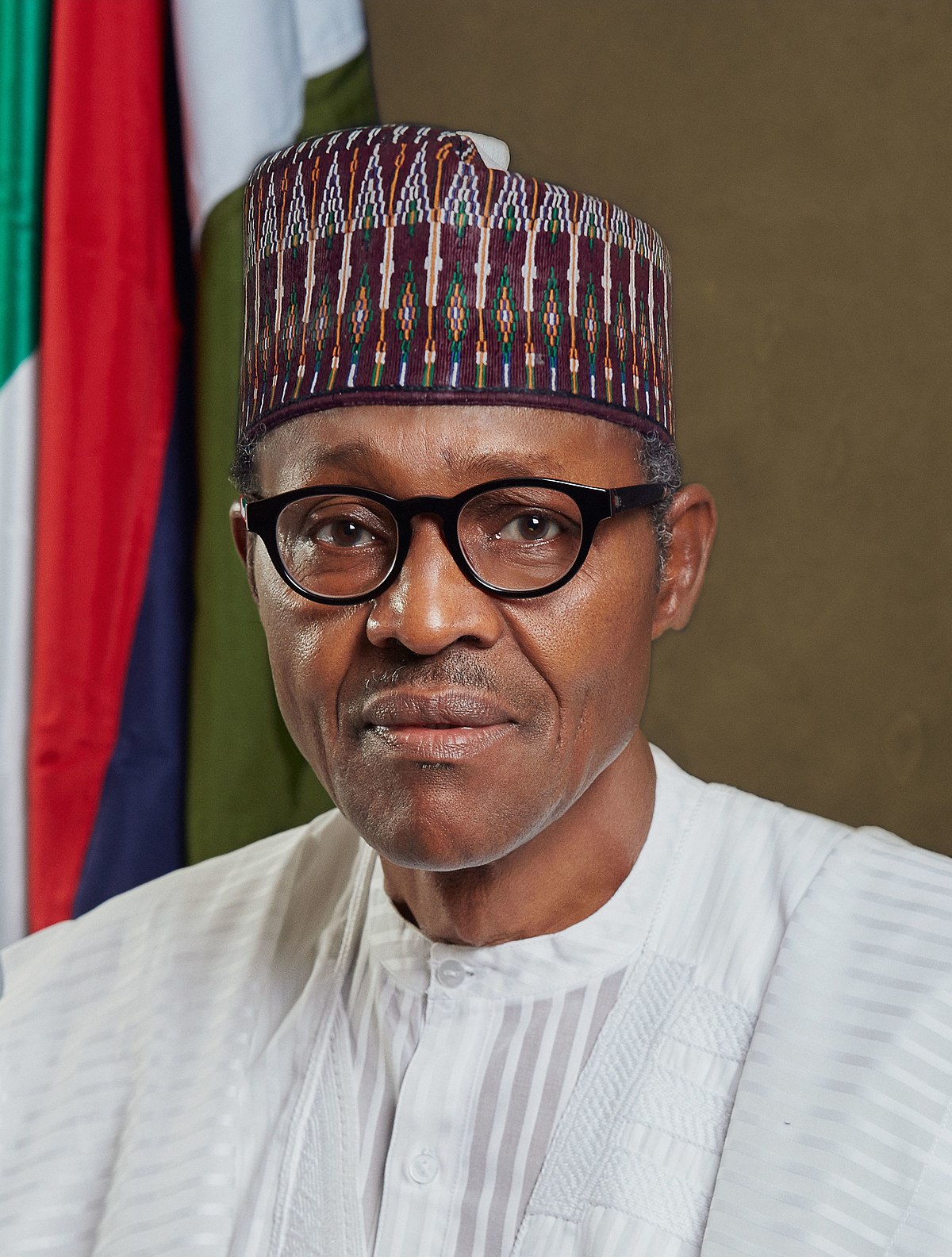 UNOFFICIAL historical records claim that Muhammadu Buhari’s father was a poultry farmer from  Niger Republic who came to settle in Northern Nigeria and eventually married a Kanuri Muslim from today’s Borno State. Muhammadu is therefore the 1st generation Nigeria citizen from the Buhari lineage.

What a privilege for him to have become the President of the Federal Republic of Nigeria within a generation! A parallel of some sort between Buhari and Obama! Though Obama visited Kenya a couple of times as the sitting president of the United States of America, that was at his personal cost. We are talking about a federation where things work; a place where the president is a tenant in the White House and must pay his rent; a facility where his wife as the first lady is the chief executive officer, CEO, of their official residence, while their constitutional occupation lasts. But our own Nigerian federation spends more money on cutlery for the Villa in a year than we do on any of our federal universities in a year. Our own presidents are a burden to the Villa, adding no value to its maintenance.

The sojourn of young athletic Muhammadu in Nigeria was dotted with favour. In the past  joining the military was not fashionable among young men of d Southern extraction, let alone women. Majority of Southern Nigerian youths were more attracted to the academia, the civil service and the corporate sector. So, young immigrants in the North from Chad, Niger, Sudan and Cameroon had practically no competition from their Southern counterparts.

Muhammadu Buhari, thus had a rewarding career in the army. He became the governor of the old North Eastern state at age 33 in 1975. This is the average age of some peaceful protesters on whom the army turned the gun at Lekki Toll Gate recently and recorded painful and embarrassing  massacre of the 21st century. Buhari went on to become the Federal Commissioner of Petroleum Resources in 1976 at the age of 34 and within a spate of one year, young Muhammadu has seen it all as governor and a Federal commissioner of Petroleum Resources.

Forty-four years down the line, the youth of that age lined up the streets to protest police brutality tagged: #EndSARS, as well as bad administration.

Buhari’s emergence as  head of state was dramatic. Himself and his gang in khaki aborted our 2nd Republic and sent to jail politicians of the Southern descent under spurious allegations, while their Northern counterparts found solace in the comfort of their homes where they were under house arrest for the same nature of offences for which most of the Southern politicians eventually died in jail due to the harsh and inhumane conditions of our prisons.

His reign was an allegory; seen but hardly heard of. His 2-i-C, Major Gen. Tunde Idiagbon held the show and ran it. Little wonder that the young man Sabiu *Tunde* Yusuf from Daura who is serving as his personal assistant and private secretary had the name Tunde added to his name. This second Tunde is so relevant and influential in the running of Muhammadu  Buhari’s government that the mighty and powerful defer to him, while the arrogant sojourners in the corridors of power kowtow him. But this is another story for another day.

Muhammadu Buhari and Tunde Idiagbon had one thing in common. They were pious Muslims with a leaning on fundamentalism. With Islamic jurisprudence guided decrees drafted and promulgated under them as  head of state and Chief of Staff Supreme Military Headquarters respectively, they were indeed supreme in power. They were so rigid with the implementation of draconian decrees till the liberals in the army who were also Muslims saw the need to step in and allay the fears of Christians in the country who were already feeling uncomfortable. The distrust of the Muslim North in Babangida who overthrew a trusted ambassador of Islam led to Babagida’s decisions to haul Nigeria into the Organisation of Islamic Countries (OIC) to regain the confidence of the North.

Buhari’s eventual release was an eye opener to him. The challenges of the poor masses of his community, who run to him on daily basis for assistance was a burden for which he sought power to be able to help them. Buhari’s integrity in this regard is a top notch. He never hid this fact.

He often said: “I am seeking a democratic power to help my people”.

He made successive attempts to make good his promise to gain power and better the lot of his people.

After recording serial failures, he finally retired to fate but not without recording a  consistent  11 million voters who wanted him to be their democratically elected president, majority of whom are Northern Muslims.

Staring the nation in the face was his alleged cronyism, nepotism and bigotry. It was so bad that his Christian cook who is an Igbo man became a campaign model, as if cooks are critical stakeholders of executive decisions. Nigerians now know better.

Thus in 2014 when Bola Ahmed Tinubu was looking for a way to oust PDP, a Northern candidate was relied upon to do the magic, projecting to take over from such a person. The 11 million electoral value of Muhammadu Buhari fanned his political greed which is today is his albatross.

Where the heart of a man is, there will his treasure be invested. If Buhari were a musician he would have sang “The Song of Maradi” as Peter Tosh did of Jamaica.

If told that Buhari’s umbilical cord was possibly buried in Maradi, many will not doubt it. His preference for Niger to Nigeria first became an open threat to every concerned Nigerian in Kano when two governors from the Niger Republic graced his presidential campaign. Buhari, of course, won the 2019 election. Since then all roads and rails lead to Maradi, Niger Republic.

The rail construction to Niger was an executive fiat. It must be finished and commissioned by 2021, the same year the MOU for fuel importation from Niger into Nigeria will take effect.  I guess your mind is as good as mine.

Buhari is not clueless as most people believe. Adding the rail construction to the fuel importation deal signed with the Nigerian Government would tell you why the rail was extended to Niger in the first place.

Unfortunately, ours is a country where citizens are too busy eking out a living. We have no time for the government. Those who dare bother about happenings in government and have taken it upon themselves to keep people in government on their toes are labelled idle, lazy and even failures. But we must keep asking questions till answers are provided.

We have four refineries with a combined refining capacity of 450,000 barrels per day that are abandoned to rot away.

Niger Republic is a small landlocked country without access to any body of water; though maritime transportation could aid easy movement of products.

Can you figure out the need for Amaechi’s railway design to Niger where a refinery will “grow overnight” with a REFINING CAPACITY of just 20,000 barrels per day? Don’t you think we need to ask how much was the cost of this miracle refinery that became our saving grace the same year that N81 billion was spent on ours without any head way? Yet, we abandoned our own and went to embrace Niger Republic.

These useful idiots are unacceptable in the 21st century communication lexicon. But our country seems to me like a nation of idiots. For how else should people who don’t ask questions and for whom anything goes, be described. Sadly so. An honourable minister had asked us to rejoice that our crude oil would finally be refined in Niger and the finished product would now be returned  to us through the pipeline and railways options. Why shouldn’t our Muslims say “Allah Akbar!” And the Christians say, “Praise the Lord!”?

Only a “god” whose dwelling place is in the desert can make a man in this 21st century sign an MoU of $2 billion to transport crude oil from his own country via pipelines to another to go and refine. Such “wisdom” must be premedieval; the type that saw the Hausas surrendered their lands and thrones to the Fulani centuries ago; the same scenario that shifted the Yorubas out of their inheritance in Ilorin to give Fulani an edge; while we must submit to modernisation and allow indigenous Fulani the benefit of it.

Shouldn’t we ask questions about what would become of us when a loan taken in the name of Nigeria but used to develop facilities in another sovereign state can’t be paid back? China may end up taking over facilities in Nigeria with no consequences to the Niger Republic.

There is what the Yoruba call “hot love”, the kind that abandons itself while festering the nest of others. This must be the love at work. If it is not, just maybe it’s one for the place of one’s nativity. I still can’t fathom how we opt to transport our crude oil to  Niger Republic at an outrageous cost to us and buy back the refined  product at additional cost.

We have the resources to  run pipelines from Niger Delta to supply crude oil to  Niger Republic, but we “lack” the expertise to maintain our existing refineries which Nigeriens must have in abundance, for our lack can’t be resources. Yet, we say, we elected a government of the Federal Republic of Nigeria.

Daura today is the most developed village in Africa with the status of a modern city. The man who 37 years ago scuttled the hope of Lagos in joining the league of metropolitan cities with a metro line has elevated his village with less than the population of any ward in Lagos to a city, with assistance from former governors from the southern part of Nigeria – Babatunde Raji Fashola of Lagos, Rotimi Amaechi of Rivers and Timipre Sylvia of Balyesa. A money miss road government errand runners from the South East was not left out. He completed a state of the art library for a community whose youths are roaming streets across the country.

Shouldn’t we ask questions? Won’t Professors of History and International Relations who don’t want to offend our politicians at least teach us what we need to know about how Niger discovered oil and joined the league of oil producing countries?

Our loss to Maina alone is said to be around N40 billion, but someone (Ndume) from the North stood surety for him with a property in Asokoro, worth possibly a N100 million but allegedly valued for N500 million to tally with the terms of surety. Ndume is being remanded in a correctional centre till the N500 million is provided or the house will be sold to cover the money. So what becomes of Maina and our remaining N39.5 billion?

Where is Maina? Is his ancestral root also from Niger Republic? Could he be hidden among the Sahels and Tuareg who are partners in the agenda to develop Niger Republic at the expense of Nigeria? An adage in Yoruba says, “he that asks questions doesn’t get lost”. If applied, he who is lost and asks questions will surely find his way home. Nigeria is lost to Niger. There are many questions we must ask our leaders so that we can start finding our ways back to Nigeria. And that should begin with you here.