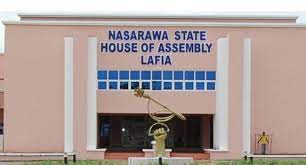 THE Nasarawa State House of Assembly Committee on Education has urged the state government to take over  the payment of salary of the staff of the  State University, Keffi.

Mr Daniel Ogazi, the Chairman of the Committee made the call when the management of the institution appeared before it on Wednesday in Lafia to explain its 2022 budget performance.

He assured the university management  of the committee’s continued support to enable them  succeed in tackling the challenges facing the institution.

” We will continue to do our best in ensuring improved standard of education.

” We are urging the state government to take over the salary of the staff of the university,” Ogazi said.

The Vice Chancellor of the university, Prof. Suleiman Bala- Mohammed, commended the committee for its support to the institution over the years.

He, however, said that the institution’s revenue performance in the last six months was adversely affected by the national industrial action embarked upon by the university unions.

Bala-Mohammed also  said that paucity of funds had affected personnel cost as management had to augment up to 57 per cent from its internally generated revenue  for staff salary monthly.

The vice chancellor, therefore, appealed for the state government to fully take over the payment of staff salaries as a lasting solution to the university’s financial challenge.

” The Education Committee should intervene in the industrial crisis brewing on campus which is apparently suppressed by the national strike,” he said.

He appreciated Gov. Abdullahi Sule for his efforts in developing the education sector of the state and called for its sustenance. ( NAN