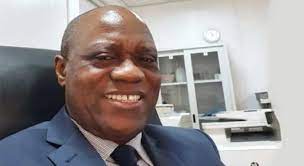 PRINCE Adeyemi Adeniran, the Chief Executive Officer, National Bureau of Statistics (NBS), has bagged an icon of nation building award from the Northern Youths for Good Leadership and Governance.

Presenting the award in Abuja on Friday, President of the organisation, Alhaji Labaran Abubakar, said Adeniran had distinguished himself in his career due to the factual data the bureau had been releasing.

Abubakar said the bureau led by Adeniran, the Statistician-General, had released factual statistics that could help the government in planning effectively especially for the North without fear or favour.

Also speaking, the Vice President of the organisation, Alhaji Abdulmalik Usman, said that statistics released by the NBS had assisted the organisation in its research works.

Usman commended the NBS for the Multi-dimensional Poverty Index Survey it released.

”We are here to affirm that you are a good person. ‘You have brought out troubling facts without fear.

Receiving the award, the NBS CEO commended the organisation for the award saying that it would spur him into doing more work.

Adeniran said that the Multi-dimensional Poverty Index Survey was targeted at helping to reduce poverty and alleviating sufferings of citizens.

He said that the stage two of the survey would be done at the zonal levels.

”The stage two of the survey will be more detailed and it will go deep in states.

”Our mandate is to say things the way they are and we see our data as the voice of the voiceless,” he said.

The News Agency of Nigeria (NAN) reports that the Statistician-General was inducted into the Hall of Fame of the youth organisation as the ‘Shield of Northern Youths’. (NAN)