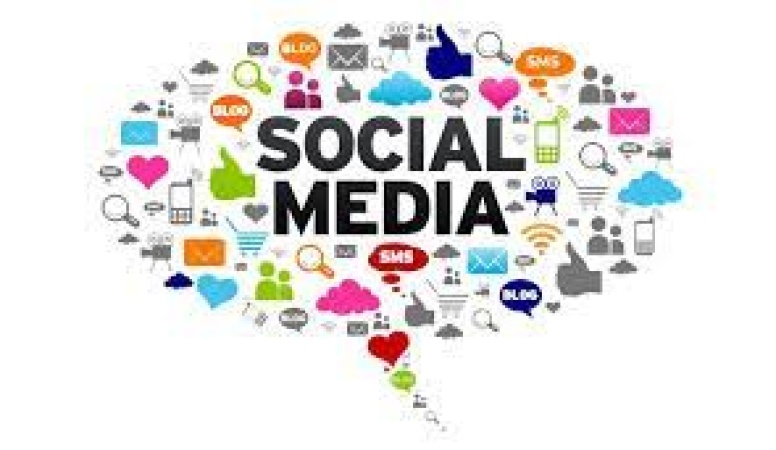 With more than 3 billion people engaging in social media globally for all kinds of businesses and networking, it is imperative that Nigerians should take advantage of this new inexpensive and effective technology to reach this huge market rather dwell on few negatives associated with it.

HAVE you ever wondered how the world will be without social media? Of course before the advent of this technology, people mostly communicated through physical contacts, but the social media and technology that came with it have transformed the way we do things, live our life and communicate with each other irrespective of distance.

Wikipedia chooses to see social media as “interactive technologies and digital channels that facilitate the creation and sharing of information, ideas, interests, and other forms of expression through virtual communities and networks.”

Generally, social media dates back from the late 1970s and has passed through many changes and developers to become what it is today. Although some people choose to remain ignorant of the genealogy of this interactive technology, some still wish to take a look at the genesis of this aspect of life that has eaten deep into the homes of many, causing some to rise and some to fall.

Alpha Damian, a computer scientist, confessed that he knows very little about social media except the “popular ones” which he uses to communicate on daily basis. “I don’t have any business knowing the beginning or the end of social media (laughs). As long as I can make use of them to send and receive information, it is enough for me,” he said.

Adeola Joseph, a computer business centre operator, told Realnews that she is aware of some other social media aside from the “most popular ones” however; she noted that she has no need for them as most people don’t know about them.

“In this part of the world, most people, especially my customers, only know about Facebook, Whatsapp, Instagram, TikTok etc. so I don’t have much need for other social media networks,” Adeola stated.

Meanwhile, in Nigeria, the Internet penetrated the country in 1996 after the Nigerian Communications Commission, NCC, agreed to give license to 38 internet services. So between 1996 to date, the Nigerian Internet technologies have been able to be explored by users and developers and this has today made the social media more inviting to almost every part of the country.

Generally, once the word “social media is mentioned, most people think of Facebook, Whatsapp, Twitter, Snapchat, and Instagram kinds of social network ignoring that there are other numerous forms categorized under different types of social media networks such as the social network (Facebook, Whatsapp, Tweeter, LinkedIn etc) which are associated with individuals, brands for the sake of awareness, the media sharing networks (Instagram, Snapchat, YouTube etc) which are basically designed for sharing of live videos, pictures, videos on the web, the Consumer review networks, the discussion forums, the blogging and publishing networks, the bookmarking and content creation networks, the interest-based networks, the social shopping networks.

Today, the young generation can barely do without social media such that a little interruption from network providers can cause a huge discomfort among users of this interactive technology.

Adams Abiodun, an applicant, disclosed to Realnews that he cannot stay an hour without his phone.

“I know this sounds funny, but one hour cannot pass without me touching my phone, not because of calls, but because I have to be online (in one of the social media platform). So directly, I cannot stay without subscription in my phone. Although this is eating me deep, but I just have to stay connected all the time,” he said.

An entrepreneur, who prefers to remain anonymous, also said that he had issues with his wife as a result of her addiction to the social media.

“I feel sad whenever I want to talk about this. My wife and I got separated because of that act. On several occasions her food got burnt because she was carried away by the activities on social media. I could no longer take it; so I had to let her go stay with her parents for some times before she brings down my house,” he lamented.

Today, one could say that there are no much separations between the rate of crimes and criminalities in the Nigerian society among the youths and the ripple effects of the social media.

According to Daniel Abor, a young graduate of psychology, who linked the incessant ritual killings to the effects of social media, the phone and the social media should be discouraged among children below 18 years.

“I choose to state that the rate of ritual killings polluting our society today is hugely related to the unhealthy competition happening on the social media where people pose to be who they are not, what they have not and things they would never do just for the sake of meeting up a fake life on camera.

“Some young boys and girls have become victims of rape, assault and even murder all in the name of wanting to own what the other person claims to own on social media,” Abor said.

Meanwhile, with the introduction of Anti-social Media Bill by the Senate, which has been largely condemned by many citizens, human right activists, civil society organizations, challenging it to be a direct attack on human rights and freedom of expression, the use of social media in Nigeria still remains an open ballot affair with everyone holding his own fate and his own discretion.

The use of the social media has therefore greatly impacted the lives of young people that some use this platform to develop and build trust, create, manage and distribute contents, collaborate as teams for nation building, explore and learn, build their competencies, skills, networks and other social aspect of their lives, while others use it to prey on others for different unhealthy reasons. Thus, as an integral part of human life, the social media serves as a double-edge sword which can make or mare a huge number of young people in the society, but the question still remains: should the social media be or not be?.