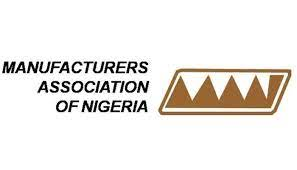 FORTHCOMING change in government is posing a threat to the manufacturing sector, making it difficult for it to plan for 2023.

Popoola said that the transition in government, coupled with global economic hardship and local challenges faced in the manufacturing sector, were making planning difficult.

He said the sector would remain optimistic in spite of the challenges.

“The Federal Government said it would remove subsidy from petroleum products by June and a new government is coming in May and we don’t know what will happen, so we can’t plan.

“Everybody is watching what the policy direction will be after May when the new government comes in.

“We can’t say what the New Year will look like’ it’s been shrouded by uncertainties,’’ he told NAN.

Popoola noted that manufacturing was badly affected by the COVID-19 pandemic and instead of recovering from its effects; other challenges arose from the first quarter in 2022 till the end of it.

“Toward the last quarter of 2021, manufacturers started picking up from COVID-19 and by the end of that quarter the index showed that there had been growth in the sector.

“The first quarter of 2022 was a disaster for manufacturers because it was the period we faced the FOREX issue whereby manufacturers could not access FOREX 100 per cent.

“This was followed by policy somersaults by government through the CBN.

“In all, things became so difficult for manufacturers. There is high rate of unemployment, especially among youths because factories are barely working,’’ he stressed.

Popoola stressed also that manufacturers needed FOREX either to import spare parts or to get raw materials for the day-to-day running of their operations.

The lack of FOREX compelled between 18 to 20 per cent of manufacturing outfits to shut down, he said.

He lamented that a manufacturer’s request for 100,000 dollars from the CBN, for instance, would hardly yield 15,000 dollars.

“It means one has to seek the balance from the alternative market at a higher rate of N700 to the dollar more.

“This has resulted in loss of jobs, because the majority of the manufacturers, who could not produce optimally, had to cut down on production and make do with what they had.

“With manufacturers having to seek for FOREX to fill the gap between the CBN and the alternative market, it means whatever is being produced will be expensive.

“Nigeria is not a naira market; it is being controlled by the international market.

“The moment your consumers say that the prices of your products are higher, they will go for alternatives and the borders are porous; so you have a lot of other products coming in.

“Consumers won’t buy your products again, is spite of the campaign to buy made-in-Nigeria goods, because they are more expensive than imported products,’’ Popoola said.

He lamented the situation, where with the African Continental Free Trade Agreement in place, industries had to compete in the face of the challenges against the sector.

The chairman also noted the problems associated with the lack of power, which made the industries to depend mostly, if not solely, on generators.

He added that the hike in the cost of diesel since the second quarter of 2022 worsened the situation, as it made the cost of production go astronomical.

“There is no company today that doesn’t run on generators. How many hours of electricity supply do we have? Diesel price moved from N335 per litre to N700 per litre and that is what we still buy till date.

“So, the cost of production becomes so high that some companies had to lay off their staff.

“I know some companies that were running three shifts in 2021 and have dropped to one shift; which means a chunk of their staff is out,’’ Popoola stressed.

He noted that 2022 was not a good year for manufacturers because of multiple taxation; employment of touts by governments to harass manufacturers, and shutting of companies because of taxation.

“Local governments impose taxes on manufacturers on the same products on which taxes had been paid to state governments.

“We have asked for the harmonisation of taxes in Oyo State, but while they did a little bit of it, we are looking for more in 2023,’’ Popoola said.

The MAN chairman also identified the repatriation of funds as a factor affecting foreign investors from investing in Nigeria.

He observed that in the 2023 budget, provisions were made for critical infrastructure such as the railway, the Lagos-Ibadan Expressway and the cargo port at Moniya in Ibadan.

“These will ease logistics and movements of goods within states. And the railway is the cheapest way to move goods and manpower. If these run properly, then we are good to go,’’ the chairman said.

He stated that constant increase in monetary policy rate was due to global economic crises, mainly the Russia-Ukraine war, leading to high inflation rate and scarcity.

Popoola wondered if Nigeria had workable policies in place to cushion the effects of the war. (NAN)