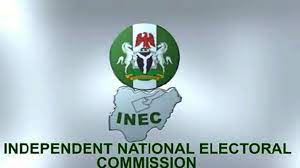 THE Independent National Electoral Commission (INEC) In Niger has appealed to Etsu Nupe, Alhaji Yahaya Abubakar, to mobilise those who registered but had not collected their permanent voters cards to do so immediately.

Yusha’u Garki, Resident Electoral Commissioner (REC), made appeal when he paid a courtesy visit at the Etsu Nupe’s Palace in Bida on Sunday.

Garki told  Etsu Nupe, who is Chairman of the Niger State Traditional Rulers Council, that 150,988 permanent voter cards (PVCs) were yet to be claimed across the 25 local government areas of the state.

He urged traditional and religion leaders to facilitate and ensure that registered voters visited their various LGAs to collect the PVCs which would not be given by proxy.

” We are in your palace to identify with your royal highness, register our presence, pay homage and seek for your royal blessings and prayers ahead of the 2023 general elections.

” We will provide a level playing ground for the conduct of free, fair and  credible elections in 2023.

” We  don’t  want anything that will disrupt the peaceful conduct of electoral process.

“Now that the electioneering campaigns have commenced, we plead with his royal highness to talk to the politicians, who are your subjects, to go about their campaigns peacefully.

” Let our politicians, especially those seeking elective positions to campaign peacefully and subsequently go for the elections with decorum and in accordance with the rules of the game.

” Any conduct that will breed political violence and thuggery will not be tolerated,” he said.

Responding, the royal father expressed gratitude for the visit, describing it as timely and symbolic.

The Etsu  Nupe advised INEC to decentralise the collection of PVCs to polling units, to  pave the way for massive  collection.

He said that the people were peace loving and believed in playing politics according to the rules.

He assured the commission of peaceful, credible and acceptable elections in 2023.( NAN)