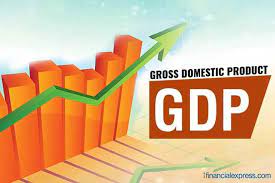 AN Economist, Dr Muda Yusuf, has emphasised the need for reforms and interventions to address some sectors of the economy with declining and contracting Gross Domestic Product (GDP) figures in the third quarter of the year.

Yusuf said this in a statement on Sunday in Lagos in reaction to the Nigerian quarterly real GDP growth, which dipped to 2.25 per cent in the third quarter.

He said the decline from 3.54 per cent of the second quarter reflected the diverse headwinds that had been bedeviling the Nigerian economy.

He added that the striking contraction of the manufacturing sector by 1.91 per cent and the slump in the food and beverage sector, which contracted by 4.05 per cent was alarming.

According to him, the plunge in the manufacturing sector performance has profound implications for food inflation, food security and employment.

This, he said, was because the food processing sector had the biggest impact on jobs because of the strong backward integration content and high multiplier effect in the agriculture value chain.

“The food and beverage sector is the flagship of the Nigerian manufacturing sector and for several decades, it was the toast of investors in the stock market.

“The sector contributed N2.2 trillion to GDP in the third quarter.

“This development is a reflection of a major setback for the Nigerian manufacturing sector which calls for an emergency response by the government,” he said.

He also emphasised the need to address the structural impediments to production and other economic activities and reform the foreign exchange market to inspire investors’ confidence.

The economist added that the country must begin to address the challenges of insecurity, logistics and take urgent steps to tame inflation and boost the purchasing power of the citizens.

“Nigeria must accelerate the implementation of the Petroleum Industry Act and efforts to ensure domestic refining of petroleum products.

“There must be creative support for small businesses to promote economic inclusion and reform the monetary policies to facilitate financial deepening in the economy.

“The country also needs fiscal reforms which prioritise infrastructural development and transparency in the budgetary process,” he said. (NAN)