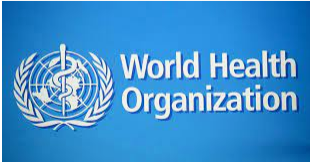 THE World Health Organisation (WHO) says in the past eight weeks, no fewer than  170,000 people have died from COVID-19.

According to him, these are just reported deaths as the actual number of deaths is much higher.

Dr Tedros Ghebreyesus, WHO Director-General ,said this during online media conference on Wednesday.

“Almost exactly three years on from declaring a Public Health Emergency of International Concern, our highest level of alert.

“This week, the Emergency Committee on COVID-19 will meet to discuss whether the current situation still constitutes a global emergency.

“While I will not preempt the advice of the Emergency Committee, I remain very concerned by the situation in many countries and the rising number of deaths,”Ghebreyesus said.

He said that while the organisation was clearly in better shape than three years ago when the pandemic first hit, the global collective response was once again under strain.

According to him, too few people especially older people and health workers  are adequately vaccinated while too many people are behind on their boosters.

WHO boss said that fragile health systems are struggling to cope with the burden of COVID-19, on top of caring for patients with other diseases including flu and RSV.

He said that surveillance and genetic sequencing had declined dramatically, making it more difficult to track known variants and detect new ones.

“And there is a torrent of pseudo-science and misinformation circulating, which is undermining trust in safe and effective tools for COVID-19.

“My message is clear – do not underestimate this virus.

“It has and will continue to surprise us and it will continue to kill, unless we do more to get health tools to people that need them and to comprehensively tackle misinformation,” he said.

Ghebreyesus said that COVID-19 was  not the only threat facing humanity.

“Since the turn of the year, I have spoken about the myriad of threats that demand unprecedented response, from cholera to conflict to the climate crisis.

“The number of people in need of humanitarian relief has increased by almost 25 per cent compared with 2022  to 339 million people.

“Also, 80 per cent of humanitarian needs globally are driven by conflict.

“And around half of preventable maternal and child deaths occur in fragile, conflict-affected and vulnerable settings,” he said.

According to him, the world cannot look away and hope these crises resolve themselves.

He said that was why WHO are calling on donors to support WHO’s Health Emergency Appeal for two and a half billion dollars.

Ghebreyesus said that the  funds would support WHO and its partners on the ground, helping the most vulnerable people in over 50 ongoing emergencies, including eleven grade 3 emergencies, which was their highest level.

“With funding and urgent action, we can save lives, support recovery efforts, prevent the spread of diseases within countries and across borders, and help give communities the opportunity to rebuild for the future.

“Without it, we will not reach all the people that need help the most,”  he said.

According to him, like former Prime Minister Gordon Brown said at the launch of the appeal, hope dies when drugs, vaccines and treatments are unavailable.

“But hope will come alive if we can fund the medicines, provide the doctors, equip the health workers and avoid preventable deaths and suffering,” he said.

The WHO boss said that over the past four months, several countries reported incidents of contaminated cough syrups for children.

He  said that in 2022,  WHO raised the alarm by issuing medical alerts in October focused on the Gambia, in November about Indonesia, and earlier this month regarding Uzbekistan.

Ghebreyesus said that those cases in these three countries were associated with more than 300 deaths.

“But we know that at least seven countries have been affected.

“Most of the deaths have been in children under the age of five.

“These contaminants are toxic chemicals used as industrial solvents and antifreeze agents that can be fatal even in small amounts, and should never be found in medicines.

“This week, WHO released an urgent call for countries, manufacturers and suppliers to do more to prevent, detect and respond quickly to contaminated medicines,” he said.

Ghebreyesus said that  governments must increase surveillance so they can detect and remove from circulation any substandard medicines identified in the WHO medical alerts.

He said they must also enforce legal measures to help stop the manufacture, distribution and use of substandard and falsified medicines.(NAN)