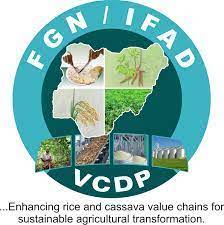 THE Federal Government, in collaboration with International Fund for Agricultural Development (IFAD), has begun distribution of agro-processing equipment to small-holder farmers in Nasarawa State, under the Value Chain Development Programme (VCDP).

The News Agency of Nigeria (NAN) reports that the inauguration of the 2022 infrastructure and agro-processing equipment was performed by Minister of Agriculture and Rural Development, Dr Mohammed Abubakar, on Sunday in Ashangwa village near Lafia.

Abubakar said that the Federal Government was committed to sustainable development of agricultural sector toward enhancing food security.

Represented by the Director, Project Coordinating Unit in the ministry, Dr Peter Kush, the minister commended the collaborative efforts by state governments toward making food available.

The minister harped on the need for all to return to the farm as the only way of achieving food security.

According to her, the programme is being implemented  in 63 local government areas in Anambra, Benue, Ebonyi, Nasarawa, Kogi, Nasarawa, Niger, Ogun and

Aliyu said that five local government areas in Nasarawa State: Doma, Karu, Lafia, Nasarawa and Wamba were participating in the programme, given their comparative

advantage in terms of viability and capacity for rice and cassava production and processing.

She said that in Nasarawa, IFAD-VCDP had, since 2020, supported more than 3,862 farmers with agro inputs, constructed 16 solar-powered boreholes for 16 farmer-organisations, two cassava processing mills with creche and restrooms, among others.

She listed the equipment being distributed to include: four power tillers, three threshers, six transplanters, one reaper, three tricycles and six ovens.

“I urge our farmers, who are benefitting today, to make better use of these equipment and the infrastructural facilities built in your communities to improve your lives

and your agribusiness,” she said.

The national programme coordinator urged the beneficiaries to make judicious use of the equipment, assuring that IFAD was committed to improving the lives of rural women and youths through its life-sustaining projects.

She thanked Gov. Abdullahi Sule for his continuous support to the project, especially through the payment of the state’s counterpart fund.

The governor, represented by his Deputy, Dr Emmanuel Akabe, performed the inauguration of some of the facilities and distribution of the equipment and inputs.

He appreciated the federal government and IFAD for the intervention aimed at improving rice and cassava processing and marketing as well as promoting accelerated economic growth for socio-economic development.

Sule said that the state decided to key into the project, given its impacts on the lives of the rural poor and the vulnerable.

The governor appealed for continuous collaboration from individuals, non-governmental organisations and development partners toward developing critical sectors in the state. (NAN)