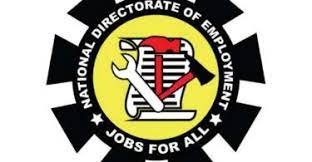 THE National Directorate of Employment (NDE) in Nasarawa State, has commenced the training of 100 unemployed youths and women, on Techno Cultural Craft and Quick-Fix.

Mr Chris Bamsida, the State Coordinator of NDE, who made this known on Wednesday, during a combined orientation ceremony for 100 selected trainees in Lafia, said the training was to help beneficiaries become self-reliant.

Bamsida said that the scheme was to also help young persons acquire functional skills, and earn legitimate income that would enable them contribute their quota to the development of the state, and the country at large.

“To revamp indigenous crafts that stand the risk of extinction, to produce a new generation of youths that take pride in practicing indigenous skills.

“To provide gainful employment to the unemployed youths and women, especially in rural and sub-urban areas; to provide source of foreign exchange in view of the high demand for indigenous crafts and artefacts.

“And to curb societal crimes and youth restiveness due to unemployment,” he said.

Bamsida also explained that the quick fix training was aimed at inculcating marketable skills in trainees within a short period.

“The Techno cultural craft Training Scheme (Tech craft), is a new scheme of NDE that connotes talent, tradition and technology.

“It is worthy of note that these two schemes have the inherent potentials of providing the human capital needed for the onerous task of nation building amidst the rising rate of unemployment in the country.

“They are weaving, blacksmithing and artisanal aluminium craft; and for the Quick Fix, five easily acquired skills set were also selected.

“They are cosmetology, barbing, confectionary, make-up art and interior decoration,” he added.

The state coordinator disclosed that 3,700 trainees were recruited into both schemes and were currently undergoing training nation-wide

“The Quick Fix programme is scheduled to last for four weeks, while the Tech Craft scheme will last for three months,” he said.

He urged the participants to exhibit high level of commitment, hard work, honesty and discipline for a successful apprenticeship.

Onyedinefu appreciated the NDE for supporting the different good policies and programmes that would improve the lives of unemployed Nigerians.

In the same vein, Dr Idris Umar, the General Manager of Nasarawa State Vocational and Relevant Technology Board (VRTB), also appreciated NDE for training the youths and other people of the state in different skills.

Idris, who was represented by Mr Umar El-Adam, Manager, Lafia Centre of VRTB, assured all stakeholders of effective partnership and collaboration with the NDE, in order to tackle unemployment in the state.

Responding, Monica John, a beneficiary, who spoke on behalf of others, thanked NDE for the gesture and pledged their commitment to utilising the opportunity provided by the training. (NAN)