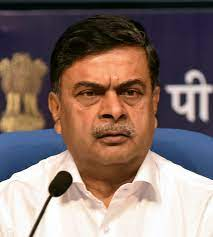 THE Developed countries should walk the talk on transforming food systems by helping smallholder farmers in developing countries with cheaper access to irrigation, fertilizers and markets, said Raj Kumar Singh, India’s Minister for New and Renewable Energy, in a session on “Interplay of Food, Energy and Water” at the 53rd World Economic Forum Annual Meeting.

r pumps to farmers, and will soon produce enough green ammonia to stop imports of ammonia-based fertilizers, which form a big chunk of its import bills, the minister said. Asked why India is continuing to import cheap Russian gas despite international opprobrium, Singh said India imports less gas from Russia in a month than Europe does in a day, adding: “India had a conflict with its northern neighbour; did the West do anything about it? Stop importing from it?”

Speaking of his experience as a Goodwill Ambassador for the International Fund for Agricultural Development (IFAD), the actor Idris Elba said IFAD’s interventions show the systems that work and are replicable but more public-private partnerships (PPPs) are needed. “Countries need a food systems ministry, not just an agriculture ministry. One that relies on people-centric policies, incentivizes the private sector for early adoption of new systems, has multifaceted goals.”

Viet Nam has already operationalized such PPPs, said Tran Hong Ha, Deputy Prime Minister and Minister of Natural Resources and Environment, Vietnam. “Farmers in developing countries are usually not wealthy and need partnership among all stakeholders – producers, consumers and others along the value chain – in order to contribute knowledge and share profits.” He added that there is inevitably friction, too, and governments can play a balancing role to ensure that each sector can develop fully.

Proclaiming PepsiCo to be “mainly an agricultural company”, Ramon Laguarta, Chairman and CEO of PepsiCo, USA, said his company is striving to make agriculture regenerative, sustainable and positive for the planet. As the owner of the largest private fleet of vehicles in the US, PepsiCo is makings its vehicles low-emission. “We have beautiful brands that have the power to educate consumers on sustainability,” he said.

Calling for an international agreement whereby every country would become accountable for transforming its food system, he said it is imperative to put the farmer at the centre, and make sure the farmer makes good money while using fewer resources and producing fewer carbon emissions. Emphasizing the need to “make farming sexy”, Laguarta said there will be no next generation of farmers unless farmers love their profession, earn an living and continue to invest in farming. “We must help with technology, training, funding,” he said. “It’s happening; it is the future of our company.”

Anne Beathe Tvinnereim, Minister of International Development of Norway, said it was absurd that “the very people who go hungry are food producers”, adding that “now, with increasing cost of inputs, it will get worse.” Speaking of the US Department of Agriculture’s Global Fertilizer Challenge, she made a case for precision agriculture that maps soils to enable optimum fertilizer and water use.

Agreeing with Indian minister Singh that derisking should be a key element of financial support to farmers in developing countries, Tvinnereim said Norway has been able to use its taxpayers’ money to crowd in private money. “We have the technologies, we know what to do, but we need investment to create a virtuous cycle of investment.”